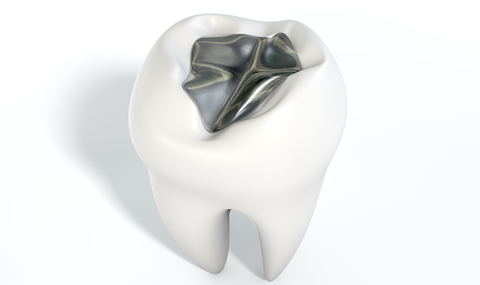 In today’s Internet age, with a seemingly infinite amount of information available, it sometimes seems harder than ever to find a definitive answer to even a simple question. Health-related matters are often the most widely covered subjects, which makes sifting through the various sources and opinions even more difficult. A perfect example of this is the controversy over the safety of amalgam fillings, used by dentists worldwide for more than one hundred and ninety years. The purpose of this article is to briefly discuss why the controversy exists and to provide some facts from authoritative sources.

Amalgam Overview
Amalgam fillings are composed of a powdered alloy, consisting primarily of:

This mixture is added to liquid mercury to bind the alloy particles together and form the amalgam, which is where the controversy begins. Ingesting mercury can cause health problems.

The Controversy
Opponents of mercury-based amalgam fillings suggest that the mercury can leach from the filling into the body, causing mercury poisoning. Thanks to the Internet, the controversy has spread quickly and become a concern for many people. Dentists often receive requests to remove the fillings and replace them with another material. Though dentists often comply with their patients’ wishes, most dentists agree that the fillings pose no harm and removal is unnecessary.

Current Research and Opinion
Extensive research by governments and universities has revealed no negative effects caused by mercury amalgam. The U.S. Food and Drug Administration requires dentists to warn patients, but only due to possible allergic reactions and not possible mercury poisoning, The FDA considers fillings safe for anyone age six and older. The Australian Dental Association’s official stance on amalgam fillings is:
“Dental amalgam has been used as a dental restorative material for more than 150 years. It has proved to be a durable, safe and effective material which has been the subject of extensive research over this time”. And “There is no evidence to support an association between the presence of amalgam restorations and chronic degenerative diseases, kidney disease, autoimmune disease, cognitive function, adverse pregnancy outcomes or any non-specific symptoms.”
https://www.ada.org.au/Dental-Professionals/Policies/Dental-Practice/6-18-Safety-of-Dental-Amalgam/ADAPolicies_6-18_SafetyofDentalAmalgam_V1.aspx

Why Use Other Materials?
People often wonder why some dentists don’t use amalgam if they consider it safe. The simple answer is that other better materials are now available, such as white fillings.

Conclusion
As it currently stands, there’s no indication that amalgam fillings pose any health risk. The material is strong and long-lasting, making it a good choice for many people. More and more dentists are moving away from the material, but usually not from fear of its toxicity, rather because modern materials offer other benefits, particularly cosmetic ones.